Almont boys slip to 2-2 for season 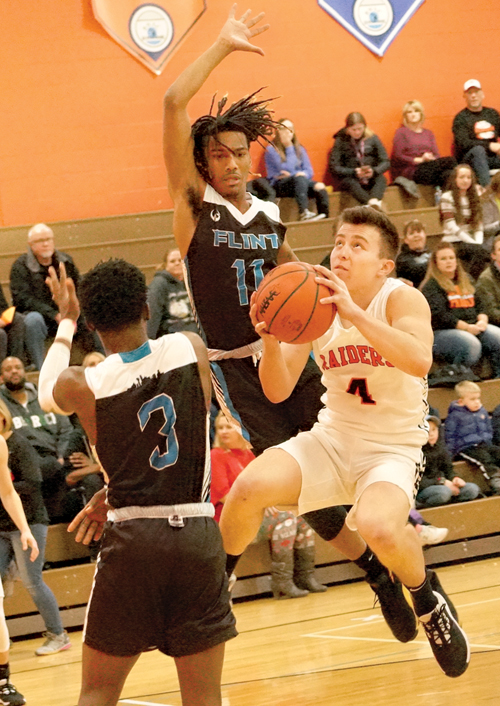 Almont’s Brett Wrobel goes up for a shot during his team’s game with Flint Southwestern last Friday night.

ALMONT — Almont fell by a 53-45 count to visiting Flint Southwestern in a non-league varsity boys’ basketball battle last Friday night.
With the decision, Almont slips to 2-2 this season.
In Friday’s battle, Almont jumped out to a 12-5 advantage after one quarter was done.
The middle two quarters saw Flint Southwestern amass 29 total points and Almont net 23. That staked Almont to a 35-34 edge with 24 minutes elapsed.
Flint Southwestern then outscored Almont 19-10 from that point on, good for a 53-45 win when the final scores were added up.
Brett Wrobel (13, including three trifectas) and Gabe Bourdeau (11) led Almont with double figure outputs. The Raiders also had Joey Savel (six points, featuring a pair of treys), Colby Schapman (six), Grady Nash (four), Brenden Haldeman (a triple) and Mike Rinke (two) connect.