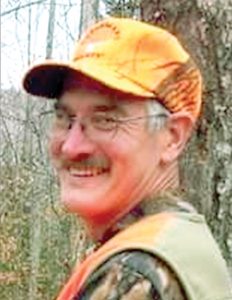 Steve Van Dyke, age 62, of Almont, MI, died Sunday, December 15, 2019 at his home surrounded by his loving family. Steven Walter Van Dyke was born October 13, 1957 in Almont, MI. He was the son of the late Allyn and the late Ada (Hough) Van Dyke. Steve grew up and lived most of his life in Almont, MI. He was a graduate of Almont High School, Class of 1975. Steve went on to earn his Bachelor of Business degree from Baker College in Port Huron in 1996. He married Kimberly Dawn Blair on July 29, 1978 in Casco Township, Michigan.

Steve enjoyed farming and doting on his grandchildren. He had a deer camp in L’Anse, MI. Steve helped with his children’s and grandchildren’s 4-H programs.

Steve was preceded in death by his parents, Al and Ada Van Dyke; and his sister; Sylvia Van Dyke.

The family will be available 10-11 a.m., Saturday, December 28 at First Presbyterian Church of Lapeer.