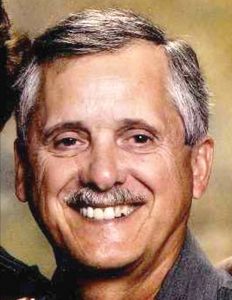 Larry Lloyd, Sr. age 68, of Imlay City, formerly of Dundee and Petersburg, MI died Sunday, December 15, 2019 at his home surrounded by his loving family. Larry Isaac Lloyd, Sr. was born June 5, 1951 in Monroe, Michigan. He was the son of the late Lincoln and the late Anna (Covell) Lloyd. Larry graduated from Dundee High School. He married Kathy Ann Schankin on August 13, 1977 in Petersburg, MI. He was preceded in death by his parents Lincoln and Anna Lloyd and brother Richard Lloyd. Larry and Kathy moved to the Imlay City area in 1993. He farmed with his dad on the family farm in Dundee for many years and also worked for the City of Petersburg as a Water Superintendent. He served on the Monroe County Emergency Medical Authority Board. In 1993 he was employed by the City of Imlay City, MI as the Director of Public Works until 2010, then continued to be employed by the City of Imlay City until his retirement in July, 2016. Larry was a member of New Life Open Bible Standard Church in Petersburg, where he served as a deacon and then of Gateway Assembly in Imlay City, where he served on the Deacon Board. He served on the Imlay Township Planning Commission until 2018. He is survived by his wife, Kathy; a son, Larry (Kimberly) Lloyd, Jr. of Jackson, MI; a daughter, Lesley Lloyd of Imlay City, MI; three sisters, JoAnn (John) Marlow of Sevierville, TN, Linda (Tom) Preston of Milan, MI, Karin (Mick) Bowman of Dundee, MI; a brother, Lincoln (Ginger) Lloyd, Jr. of Tecumseh, MI; three grandchildren; Lincoln, Margaret and Harriet Lloyd; and several nieces and nephews.

A graveside service will take place on Thursday, December 19 at 11:30 a.m. for family and friends at Oak Grove Cemetery (at intersection of Dixon and Summerfield Roads) in Dundee, MI (next to where the Lloyd farm was) followed by a luncheon at New Life Church of the Open Bible, 6023 Summerfield Rd., Petersburg, MI.