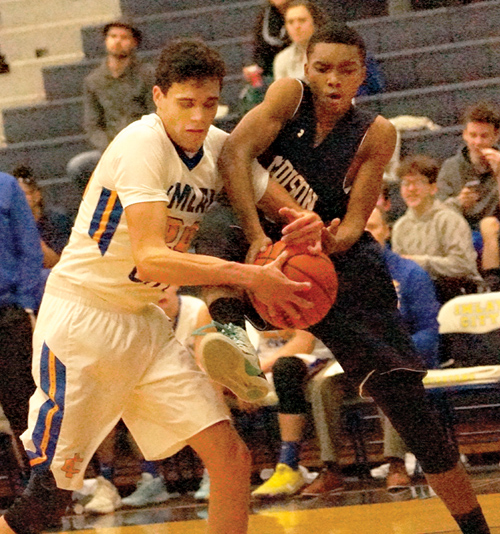 IMLAY CITY — Imlay City picked up a 62-36 victory over visiting Madison Academy in a non-league varsity boys’ basketball encounter Monday night.
With the outcome, Imlay City improves to 1-0 this season.
In Monday’s encounter, Imlay City grabbed a 12-8 edge after one quarter was complete.
The middle two quarters saw Imlay City net 38 total points, while holding Madison Academy to 18. That pushed their lead to 50-26 with 24 minutes gone.
Imlay City then outscored Madison Academy 12-10 from that point on, assuring themselves of a 62-36 victory.
Raymond Liu (19, including five trifectas), Hunter Medrano (14) and Parker Lewis (10, featuring a trey) led Imlay City with double digit point totals. They were backed by Riley Bertram (seven points, with a triple), Holden Redd (a trifecta), Andrew Badder (three) plus Zack Dingwell, Dean Aune and Chris Cezik (two each).