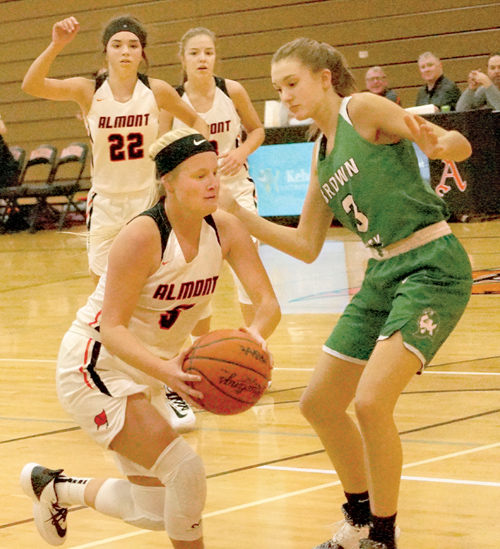 With the decision, Almont improves to 2-0 this season.
In Friday’s contest, Almont jumped out to a 10-4 advantage after one quarter was done.
Almont followed it up with a 4-3 second quarter edge, widening the gap to 14-7 at halftime.
Quarter number three saw Almont net 12 points and Brown City generate nine, pushing their advantage to 26-16 with 24 minutes gone.
Almont and Brown City scored six points apiece from that point on, leaving the former with a 32-22 win to celebrate when the final second ticked off the clock.
Hannah Revoldt led Almont with a 10-point performance. The Raiders also had Brandi Kautz (seven points, including a trifecta), Kendall Rosczewski (six), Grace Johnson (five, featuring a trey) along with Sarah Hall and Jesse Hellebuyck (two apiece) reach the scoring column.