IMLAY CITY — Following some mildly contentious discussion about when and by how much to raise next year’s sewer and water rates, city commissioners voted 5-2 on Wednesday (Nov. 6) to raise rates by 9% for both residents and Vlasic Foods.
Because of Vlasic’s abundant use of water in the pickle producing process, the business is perennially the city’s largest water consumer. 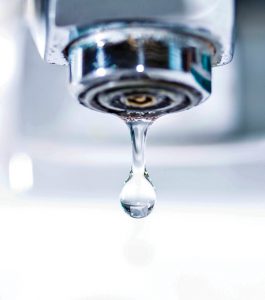 Last year, city consultant Stantec, Inc. recommended a 20% rate increase for Vlasic to help stabilize the city’s previously “underfunded” Water and Sewer Fund.
This year, Stantec recommended another 20% increase be passed along to Vlasic, as well as a 9% increase for residents.
On Tuesday, however, Imlay City Manager Tom Youatt recommended 9% increases for both Vlasic and city residents.
As a point of reference, the 9% increase will translate to paying another $3.50 per quarter for residents using up to 10,000 gallons of water; while Vlasic’s 9% increase will cost the company an extra $3.84 per 10,000 gallons of water use.
Casting the lone dissenting votes on Tuesday were commissioners Al Ramirez and Kelly Villanueva.
Ramirez said he felt Vlasic had not paid its fair share in the past and floated a 12% increase for the pickle producing plant.
Villanueva expressed frustration with Youatt’s recommendation that the 9% increase for residents be back-dated to Sept. 6, 2019; while Vlasic’s increase would not take effect until Dec. 1, 2019.
It was Villanueva’s opinion that if residents been advised sooner of the increase, they may have opted to use less water for lawn watering or other uses in September and October.
“I just think residents should have been notified before,” Villanueva said after the meeting.
Commissioners Ted Sadler, Stu Davis and Mayor Pro-tem Frank Demske asked Youatt why the rate increases could not have taken effect simultaneously.
Youatt said he’d had a number of meetings with Vlasic management and decided to negotiate the single-year rate agreement with the pickle producer.
“We don’t need to do the 20% with Vlasic again,” said Youatt. “We can go with a 9% increase and still remain consistent.
“We have to continue to revisit these rates every year,” said Youatt, “but I feel that after these increases — we should be able to sustain our water and sewer fund with smaller increases of probably around 2% or 3%.”
Youatt added that strength and stability of the water and sewer fund ties in with eligibility for grant funding from the State of Michigan.
The city’s proposed Fourth Street rehabilitation project had to be delayed indefinitely because it was not eligible for grant money because of the insufficiently-funded water and sewer fund.
While not enthusiastic about various aspects of the rate increases, Sadler, Davis and Demske agreed to support Youatt’s recommendation.
Demske made the motion to approve the proposed 9% rate increases for residents and Vlasic Foods, but with the provision that next year’s water/sewer rates take effect at the same time.
“I’m not happy with it,” said Davis, “but I think we should back our city manager.”
“I just don’t want to penalize our residents,” Sadler added.