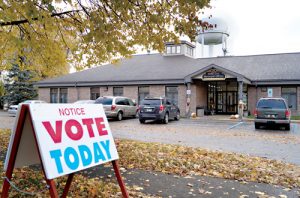 According to unofficial results from the Lapeer County Clerk’s Office, posted just before midnight on the 5th, the tally was 1,509 ‘yes’ to 959 ‘no’ votes. That amounts to 61 percent of voters in favor and 38 percent opposed.

School officials described the request as a ‘no tax rate increase’ as the funding would amount to the continuation of the 6.5 debt millage rate that’s due to expire.

The bulk of the proposed projects encompass things like roof repairs, updated electric and HVAC systems, more secure public entrances, upgrades to public address and surveillance systems and the purchase of new classroom technology. Other items include the renovation of media centers, purchase of 19 buses and various paving/parking lot projects.

Two new construction projects are part of the bond plans too. At Weston Elementary, a new wing with six classrooms would be built to accommodate early childhood programming at an estimated cost of nearly $3 million. At the high school, a 500-seat performing arts center would be added on to the south end of the building. The performing arts center would be utilized for student instruction, performances and community use. It’s projected that addition will cost about $14.2 million.

Look for more details, like the district’s next steps, in the November 13 print edition of the Tri-City Times.