The Almont varsity football team wrapped up their second straight unbeaten regular season run, accomplishing the feat with a 50-12 triumph against visiting Clio in a non-league encounter last Friday night.
With the decision, Almont ends the regular season portion of their schedule as owners of a 9-0 mark.
“I am proud of our guys for finishing the regular season strong in front of our home crowd. “Now we just have to wait and see who we will play next week,” he noted.
“We will get back to work on Monday.”
In Friday’s encounter, Almont built a 14-6 advantage after one quarter was over with. 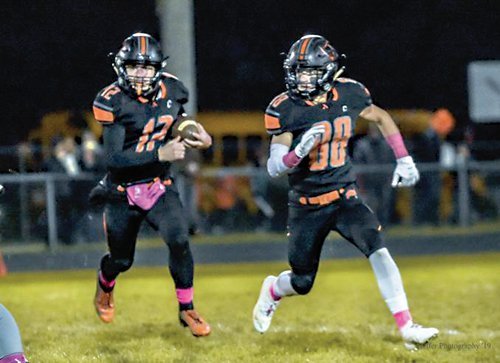