IMLAY CITY — Imlay City wound up on the losing side of a 38-10 road verdict to North Branch in a Blue Water Area Conference varsity football game last Friday night.
With the decision, North Branch goes to 5-2 and 4-2. Imlay City slips to 4-3 and 3-3.
“We made too many mistakes in the second quarter,” Imlay City Coach Brian Tresnak said. “A fumble, some special teams miscues and missed tackles put North Branch in position to break the game open and we never recovered,” he noted.
“I’m proud of the way we played during the second half and the way we kept our composure and focus.”
In Friday’s game, North Branch grabbed a 7-0 edge after one quarter was done.
North Branch followed it up with a 25-0 second quarter advantage, pushing their cushion to 32-0 at the half.
When play resumed, North Branch struck with a 6-3 third quarter edge. That left them holding a 38-3 advantage with 36 minutes gone.
North Branch then withstood a 7-0 fourth quarter rally, leaving with a 38-10 win to their credit.
Imlay City produced their 10-point output aided by a Wyatt Luther 37-yard field goal; and a Riley Bertram to Dakota Sandzik 30-yard touchdown pass, followed by a successful extra point kick courtesy of Luther. 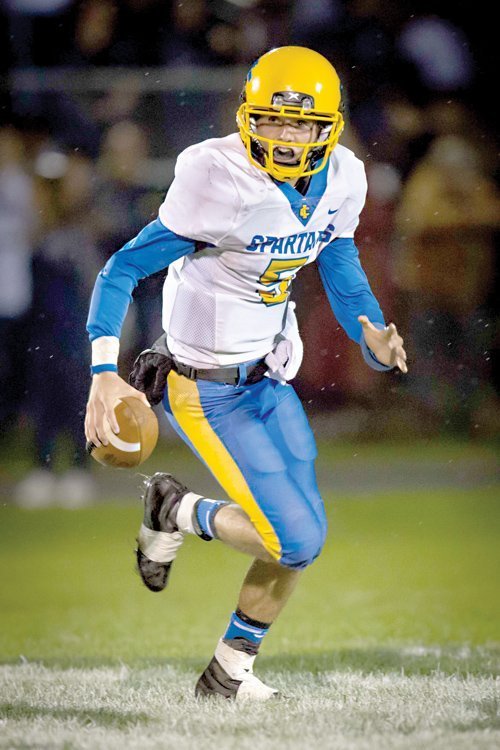 For the evening, Bertram completed two of 10 pass plays for 34 yards as Imlay City’s quarterback He threw one interception along the way.
His successful tosses were distributed to two different targets. Their ranks consisted of Sandzik (one catch for 30 yards) and Cristian Rojas (one reception for four yards).
The Imlay City ground attack added 176 yards on 44 totes.
Individually, Cristian Rojas (18 rushes for 72 yards) and Bertram (56 yards on eight totes) put up imlay City’s best numbers. The remaining 18 Spartan rushes netted a combined 48-yard gain.
Luther paced the Imlay City defense with four solos and eight assisted stops. Lance Wolford (two solos and five assists), Joe Harper (a blocked extra point and five assists) and Julian Rojas (five assists) made their presence felt as well.
Imlay City returns to action this Friday when they travel to Dryden to face Richmond. The BWAC contest lists a 7 p.m. starting time.