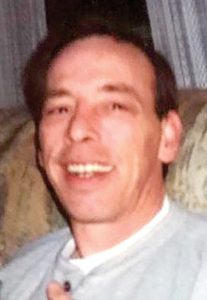 Charles Martin, 66, of Almont, MI, died Monday, September 30, 2019 surrounded by family at Henry Ford Hospital. Charles was born on November 27, 1952, in Detroit, MI, to Harold and Betty Martin. He grew up in Sterling Heights and graduated from Stevenson High School in 1971. After graduation, he entered the Navy and served honorably for four years. He worked for the Post Office from 1977 until retirement in 2009. He had a love of the Red Wings, Tigers, Lions and Wolverines. He also loved all things Peanuts, old-time radio, and was an armchair WWII historian.
His greatest love was for his family, in particular his 13 grandchildren.
He is well-loved by the five children he left behind, Kristine (Laurence) Vallée of Rochester, Mary (Jason) Meeker of Brown City, Beth (Joshua) Facemyer of Cutler, IN, Teresa Martin and Joshua Baran of Fraser, Joseph Martin and Suzanne Dyehouse of Abilene, KS; and the mother of their children, Jane (Kress) Sutton.
Charles was preceded in death by his parents, Harold and Betty; and his brothers, William and Michael.
A Memorial Gathering was held on Sunday, October 6, 2019 at Muir Brothers Funeral Home in Almont. Inurnment will take place in Great Lakes National Cemetery in Holly, Michigan.