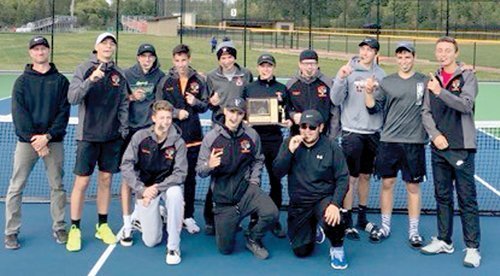 The Almont boys’ tennis team poses for a group photo after netting a first at the BWAC Tournament last Saturday.