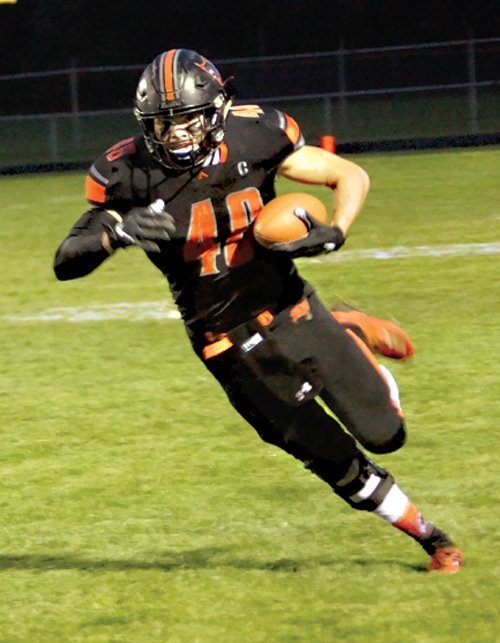 Almont’s Jackson Malcolm heads up the field after making a catch versus Cros-Lex.