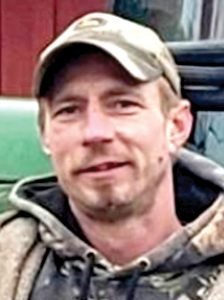 IMLAY CITY —Imlay City Police now believe the victim of a construction site accident died after being struck on the head by excavating equipment.
Investigators initially said that the 38-year-old Dryden man, Craig E. Wagner Jr., had been the victim of a trench cave-in shortly before 1 p.m. on September 12 at the Imlay Place Condominiums.
However, an investigation conducted by Imlay City Police and representatives from the Michigan Occupational Safety and Health Association (MIOSHA) now indicates otherwise.
“Based on the Medical Examiner’s findings and investigation findings, a warrant request has been submitted to the Lapeer County Prosecutors office to determine proper criminal charges,” Imlay City Police Chief Scott Pike said in a press release issued yesterday, October 1.
An autopsy of the victim was conducted by Dr. Kanubhai Virani of the Oakland County Medical Examiner’s Office, whose determination was that death was a result of contact by the excavating equipment.
Dr. Virani’s findings also revealed that the victim’s injuries could not have been sustained by the collapse of falling dirt.
His examination further indicated that the victim was deceased prior to being buried.
Pike reported that Officers Joe DeLuca and Corey Martin were among the first to respond to the reported cave-in at the construction site in the 4000 block of S. Almont Ave., north of Newark Rd. Imlay City firefighters and Lapeer County EMS personnel also responded to the scene.
Pike said Officers Deluca and Martin immediately jumped into the hole, along with the reporting party, and attempted to dig the victim out by hand.
Within about five minutes, said Pike, the already deceased victim was located with severe head trauma and turned over to the Lapeer County Medical Examiners Officer.
Pike said Imlay City police “are in the midst of an extensive ongoing investigation in regards to this incident.”