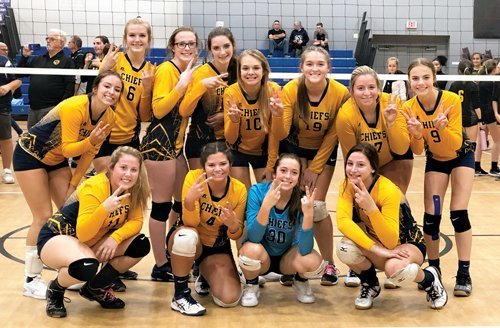 The Capac volleyball team claimed a second at the Landmark Academy Tournament.