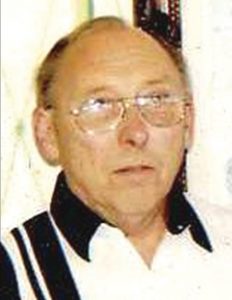 Russell Seidell, age 74, of Almont, MI died Sunday, September 22, 2019 at McLaren Macomb Hospital in Mt. Clemens, MI. Russell Kay Seidell was born November 16, 1944 in Almont, MI. He was the son of the late Floyd and the late Dorothy (Smith) Seidell. Russ grew up in Imlay City, MI. He attended Imlay City High School. Russ lived most of his life in Imlay City and Almont areas.
He was employed as a relief machine operator by Alco Plastics for 10 years. Early on Russ had worked as a cook for 20 years at the Chuck Wagon Restaurant and 10 years as a stock and resupply clerk for Storlengers in Detroit, MI.
Russ was a life member of the Almont F&AM Masonic Lodge.
He is survived by his sister, Ruth (Ronald) Honoway of Cass City, MI; and his brothers, Max (Audrey) Seidell of Imlay City, MI and Richard (Janice) Seidell of Rochester, MI.
Russ was preceded in death by his parents, Floyd and Dorothy Seidell; and his brother, Robert Seidell.
The funeral service will be held 1:30 p.m., Wednesday, October 2, 2019 at Muir Brothers Funeral Home of Imlay City, 225 N. Main Street, Imlay City, MI. Interment will follow at Imlay Township Cemetery.
The family will be available for visitation 11:30-1:30 p.m., Wednesday, October 2 at Muir Brothers Funeral Home of Imlay City.
Funeral arrangements were made by Muir Brothers Funeral Home of Imlay City. Please be sure to sign the online register at muirbrothersfh.com to share condolences and memories.