Union asks Board to reconsider
after state budget is finalized

ALMONT — On Monday, Sept. 23, staff from Orchard Primary School presented a letter to Supt. Dr. William Kalmar and Almont School Board members, expressing their concerns with a recent schedule revision that eliminates the second recess period at the school.
The letter, dated Sept. 16, was read aloud by Almont Education Association union negotiator Leigh Stroh, who said the absence of a second recess has “significantly impacted both teaching and learning” at the district’s elementary building.
At the forefront of the staff’s concerns is the need for balance in the students’ day.
The following are some excerpts from the letter.
“Recess provides a necessary break from the academic routines and challenges from the classroom,” said Stroh. “It allows children to move, create friendships, build self-confidence and to develop problem-solving skills under the guidance of adult supervision. 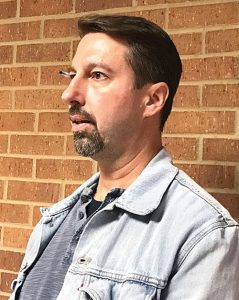 “We believe these types of social skills are just as important to a child’s development and success as skills in reading, writing, math, science and social studies.”

The letter alluded to recess periods as being invaluable for teachers, who use the time to meet with individual students needing extra one-on-one support and to communicate with parents and administrators via phone, email or written correspondence.
And given the loss of a school counselor, recess is also a time for teachers to meet with students dealing with social and emotional issues.
“Without both recesses in place, the time to meet with students is critically reduced,” Stroh said. “There is no question that having two recesses has served a valuable and necessary role in our positive behavioral interventions and supports system in years past.”
Realizing that the elimination of a second recess is a cost-savings measure for the school district, staff members expressed hope that the Board would revisit the matter once a budget from the State of Michigan has been approved.
“We understand the state’s budget has not yet been solidified and we are not requesting immediate action. Instead, we would like to request that this issue be revisited once the budget is in place.”
Following the meeting, Supt. Kalmar said a solution for the dilemma is in the hands of teachers.
“We had never intended to end second recess,” said Kalmar. “We had intended to have teachers supervise it rather than aides, which saved us close to $16,000.
“Despite working with the AEA union leadership on a very fair proposal,” Kalmar continued, “the faculty at OP refused to modify their contract to supervise second recess.  “Therefore, we currently are running without one (recess),” said Kalmar. “Students at OP still have 85 minutes a day of specials, lunch and recess.”
Social worker hired
In another matter, the school board approved a contract with Sunbelt Staffing L.L.C. to hire a social worker to work with students and address student mental health concerns four-and-a-half days a week.
Kalmar said the social worker will split time between Orchard Primary and Almont Middle School, along with a a few sessions at the high school.
“This will provide us an individual to work with our students on their mental health concerns, without having any administrative duties,” said Kalmar.