IMLAY CITY — An investigation continues into the tragic death of a 38-year-old worker at a construction site in Imlay City Thursday afternoon, Sept. 12. 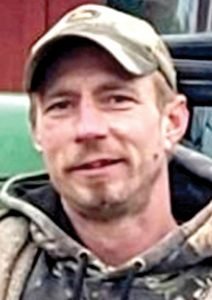 Imlay City Fire Chief Rick Horton reported that firefighters were dispatched at 12:56 p.m. to a reported “trench cave-in and entrapment” at the Imlay Place Condominium complex, located off the west side of Almont Avenue north of Newark Road.

Horton said firefighters were joined at the scene by Imlay City Police officers and DPW workers and emergency personnel from Lapeer County EMS.
He said responding emergency crews initiated hand-digging to extricate the victim from the collapsed trench.
Among those offering assistance were Imlay City Police Officers Joe DeLuca and Corey Martin.
Horton noted that recovery of the victim was complicated by “the depth of the trench and the narrow work environment.”
Once the trench had been opened up and the possibility of a subsequent cave-in removed, Horton said emergency crews were able to proceed with recovery efforts.
Following extrication, the victim, Craig Earl Wagner Jr. of Dryden, was pronounced deceased by a Lapeer County Medical Examiner.
Imlay City Police Chief Scott Pike reported that the victim had sustained a severe head trauma.
“It is reasonable to believe that he died instantly,” said Pike.
He was transported to McLaren Lapeer Region Hospital by Lapeer County EMS personnel.
The official cause of death has yet to be determined, pending the results of an autopsy.
OSHA visits site
Pike added that representatives from the Michigan Occupational Safety and Health Association (MIOSHA) are conducting an investigation into the incident.
“Right now, we’re going to have to wait for those results,” said Pike. “That investigation could take weeks, even months to complete.”
Pike said the victim was an employee of Novak Construction; the building contractor for ongoing construction at the condominium complex.
Imlay City Manager Tom Youatt lauded the efforts of the many city employees and others who responded to the tragedy.
“We appreciate what our police, firefighters and emergency personnel do for us,” said Youatt. “This is a terrible tragedy for all involved and for our community.”
Craig Earl Wagner, Jr. was married to wife, Jaclynn. They had five children.
A farmer at heart, Craig raised cattle and sold hay at his family farm in Dryden.
Known among friends and family as a hard worker, he also worked in construction—laying block, installing overhead doors and as an equipment operator.
A member of the Imlay City Eagles Club, Craig enjoyed spending time with his family, farming, gardening and working on and with his John Deere tractors.
Support the family
Amber Clark, Craig Wagner’s sister-in-law, said donations are being sought to assist his wife, Jaclynn, and the family during their time of need.
“I’m asking for help for my sister and the babies,” said Amber. “At this time, we’re not sure how Jaclynn will be able to pay for the immediate costs, plus the the future expenses.
“Anything helps in this time of pain,” she said. “Thank you.”
Those wishing to make a donation to the family are invited to visit: https://www.facebook.com/donate/1753714441602181
Students and staff at Dryden Schools are currently raising funds to assist the Wagner family.
Additionally, a Go Fund Me page has been established to benefit the family. For a complete obituary turn to page 15.