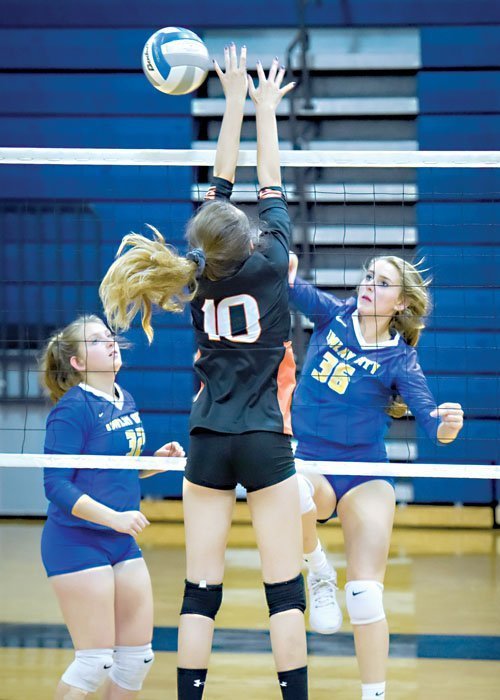 Those outcomes placed them in the semifinals where they netted a 16-25, 25-17, 16-14 win over Marlette.
They then faced Marine City for tournament honors next.
When the final point hit the floor, Imlay City prevailed 26-24, 25-18.
Emma Sellers led Imlay City with 40 kills, 10 aces and four assisted blocks. She was backed by Rylee Dingwell (37 kills, 10 aces and five assisted blocks), Kayla Rossen (23 kills, one solo and two assisted blocks), Baylee Wetzel (78 assists) and Abigail Thibodeau (56 digs).