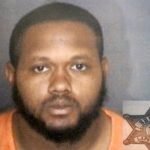 LAPEER — A 37 year-old Ferndale man, Lydell Dukes, has been charged in the shooting death of Jason Stefanski whose body was found in a Dryden Township ditch on Sunday morning.

Stefanski’s body was found along Hollow Corners Road by police who had responded to the area when residents reported hearing multiple gun shots shortly before 3 a.m.  A third man, Nicholas Palazzolo, who was shot and injured that night, remains hospitalized in stable condition.

“It’s still very early in the investigation. There are a lot of pieces to this puzzle,” McKenna said, adding that based on evidence located in the vehicle, it’s believed the shootings were drug-related.

Stefanski, 35, was a resident of Rockford with family ties to the Almont area and Palazzolo, 29 is a resident of Cadillac. McKenna confirmed that an autopsy was performed on Monday morning and confirmed he died as the result of his gunshot wounds. Police said that Palazzolo was being cooperative with detectives.

Taking Dukes into custody proved to be a harrowing task for deputies, McKenna said. A deputy located Dukes’ vehicle on Sutton Road—having followed a groove in the road from Hollow Corners Rd. that indicated someone may have left the area with a flat tire—and called for backup when he saw a handgun in the suspect’s lap. Dukes ignored orders from responding officers to turn his vehicle off before he fled. The suspect was northbound on M-24, driving only on the wheels’ rims, when he collided with two sheriff cruisers north of Lapeer and was taken into custody.

Sharkey said that Dukes has been charged with “open murder” related to the death of Jason Stefanski and “assault with intent to murder” in the shooting of Nicholas Palazzolo, plus fleeing and eluding, resisting an officer and multiple weapons charges.

McKenna credits the Hollow Corners Road residents for notifying authorities when they did.

“The original caller, because of their actions…they are probably the reason we have all of these people in custody,” he said.

Peters praised the cooperation between agencies for bringing the investigation to this point.

“Everyone here in Lapeer County does an outstanding job of coming together. I’m confident that as we go forward we’ll get to the bottom of this,” he said.

The chief said August 2012 was the last time Dryden Township had a homicide. Investigators classified that incident as a murder-suicide.

Dukes was denied bond at his arraignment Wednesday morning in Lapeer County District Court and remains in custody at the Lapeer County Jail. According to Sharkey, he’s due back in court on September 19.