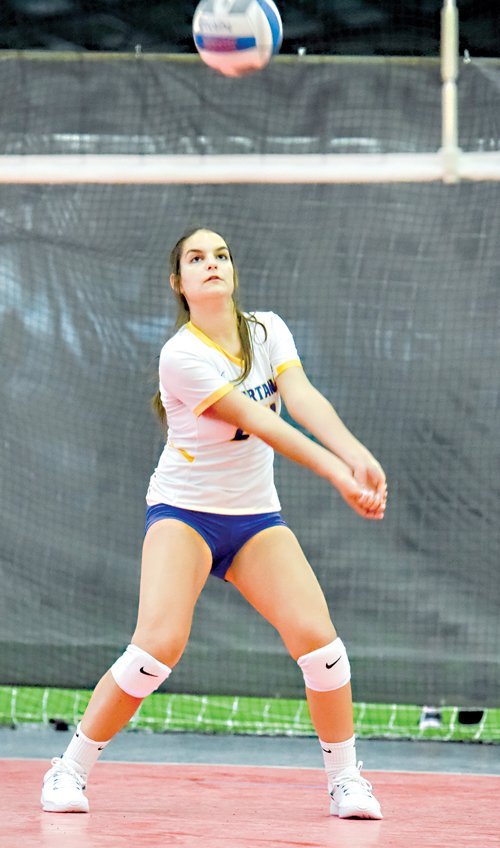 Natalie Giglio, of Imlay City, returns a shot for her team during a recent volleyball confrontation. Photo by StudioE Photography