DRYDEN — When the 2019 boys’ varsity soccer season gets underway there will be one Tri-City area team absent from the list of schools competing.
That is because Dryden has opted to sit out the upcoming season. 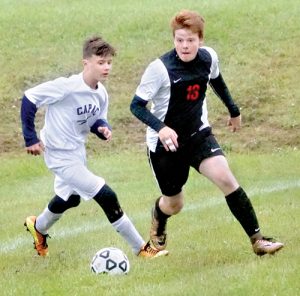 Dryden was originally scheduled to host Caro Monday, August 19 in their 2019 opener. That matchup listed a 7 p.m. starting time.
“We had intended to go ahead with the season but numbers would not allow that to happen,” Dryden Athletic Director Loraine Brinker said. “That was when the decision was made to call off the season,” she noted.
“We are hoping to return to action next year. Hopefully interest will be back up so we may field a team again.”
Dryden was coming off a 2018 campaign which saw them go 8-9-1.