ALMONT — The Almont boys’ tennis team opened their 2019 campaign with a two-way tie for third place at a quad last Saturday.
Michigan State University, in East Lansing, served as the tournament venue. 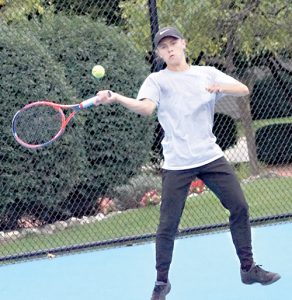