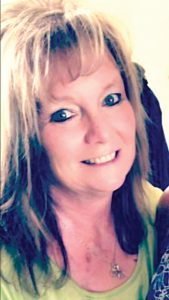 Paula Gill, age 55, of Imlay City, MI, died Sunday, August 11, 2019 at her home. Paula Kay Green was born March 28, 1964 in Goodrich, MI. She was the daughter of the late Bernard Sr. and the late Carolyn (Reid) Green. Paula grew up and lived all of her life in the Imlay City area. She was a graduate of Imlay City High School, Class of 1982. She married Irvin James Gill, III on July 20, 1989 in Lapeer, MI.
She was employed for 15-plus years for Imlay City Community Schools as a school bus driver and then the secretary for the transportation and maintenance department. Earlier in her career, Paula worked as the secretary for Green’s Glass Company in Imlay City.
Paula was a charter member of the Imlay City Eagles and a member of the Davison VFW Auxiliary.
She was an outgoing, selfless individual. Paula loved going to their cabin up north at Houghton Lake. She enjoyed watching sunsets.
Paula is survived by her husband, Irvin James Gill, III; one daughter, Danielle Gill of Imlay City, MI; and her two sons, Brandon Gill of North Branch, MI and Nathan Gill of Imlay City, MI.
She was preceded in death by her parents, Bernie and Carolyn Green; parents-in-law, Irvin and Betty Gill; and her brother, Bernard L. Green, Jr.
The memorial service will be held at 1 p.m., Friday, August 16, 2019 at Muir Brothers Funeral Home of Imlay City, 225 N. Main Street, Imlay City, MI. Deacon Tom Yezak will officiate.
The family will be available for visitation 2-5 and 6-8 p.m., Thursday, August 15 and 11 a.m. – 1 p.m., Friday, August 16 at Muir Brothers Funeral Home of Imlay City.
Cremation has taken place. Arrangements have been made by Muir Brothers Funeral Home of Imlay City.
Please be sure to sign our online register at muirbrothersfh.com to share condolences and memories.